First look at the Partizan giveaway figure for August

It is a year of anniversaries.

At the May show we celebrated the centenary of the founding of the Royal Air Force with our WW1 pilot figure. Now we have before us a far more sombre anniversary but one that still needs to be marked.

As we are sure everyone knows, November 11th will mark 100 years since the Armistice which ended the First World War. We wanted to produce a suitable figure to mark the occasion and for inspiration we turned to some of the war memorials that have been put up in the century since the Armistice. In particular we found two; one erected in the 1920s and the other far more recent, erected only a few years ago.

The Scottish American War Memorial was erected in the West Princes Street Gardens in Edinburgh in 1927. It was designed by the Scottish Canadian Sculptor R. Tait McKenzie and is a tribute to the bravery of Scottish troops during the First World War. It is called 'The Call' and shows a kilted soldier about to rise from his seat to go forth into combat. 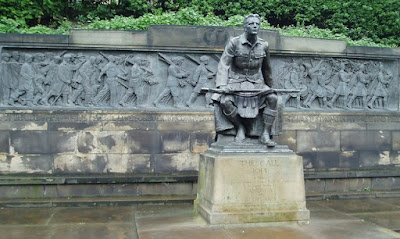 The Seaham Memorial in on the seafront at Seaham in County Durham was erected in 2014. It was designed by Ray Lonsdale and depicts the end rather than the beginning of the soldier's duty. Designed particularly to highlight the effects of Post Traumatic Stress Disorder it shows a weary soldier, head bowed over his rifle, reflecting on the horrors of war. 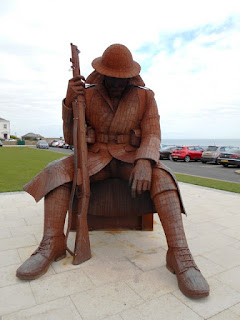 Our own figure designer Martin Baker has used these two memorials as his inspiration to produce the Partizan figure for the next show.

With apologies for the quality of the photos, here is the figure. We hope you like it. 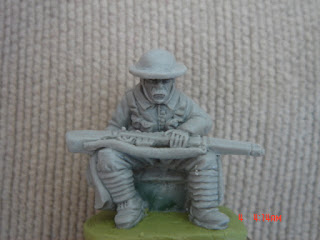 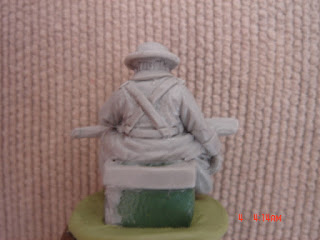 The figure will be available to the first 500 through the door on the day as well as to all of those providing games, trade and society stands.

Please note a number of groups and individuals are continually working away to raise money for soldiers suffering from the physical and mental effects of combat and you may well see some of them fundraising at the shows. If you do, please do dip into your pocket to support them.

For wargamers, the study of conflict is an interest, a hobby and an escape from daily life. For many of those who have had to endure it, conflict and its effects are a daily struggle from which they can never escape.
Posted by Tricks at 05:56