It is no surprise that wargamers tend to be bookworms.

From Research to Rulesets,  Uniform Guides to Orders of Battle our whole hobby is based upon the written word. All of these aspects are well covered by the traders at Partizan - if you are looking for books then drop by Dave Lanchester Books, Worley Books or Caliver Books - but of course these factual tomes are not the only sort of writing that appeals to the well rounded wargaming personality.

Military fiction comes in many forms - from the pulpy Sven Hassel and Leo Kessler stories to the far more historically accurate works of C.S Forester. And of course there is the wildly popular Bernard Cornwall whose military fiction has covered so many different conflicts from the Dark Ages to The American Civil War.

We have been lucky enough in the past to have had a number of authors attend Partizan either as paying visitors or to attend signings. This year we thought we would be rather more organised and have invited two of our previous attendees to come along to chat with visitors and sign books in a 'Writers' Corner' which we have cleverly situated near to the bar. So I thought I would provide a little background on the two authors and their works. 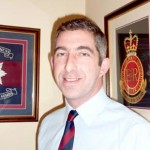 Andy Johnson was our first author who attended a number of shows at Kelham Hall several years ago. A former Regimental Sergeant Major with the Coldstream Guards, his first book Seelöwe Nord was an alternative history set around a German invasion of Britain in 1940. He has followed this up with two further novels set in WW2.

You can learn more about Andy and his books here

Our second author is Harry Sidebottom. He is a lecturer in Ancient History at Lincoln College Oxford and has been a regular attendee to Partizan since we moved to the showground. An Internationally successful author Harry has written two fictional series set in the 3rd century Roman Empire - The Warrior of Room and Throne of Caesars series - as well as a number of non-fiction books on ancient warfare.

You can learn more about Harry and his books here
Posted by Tricks at 15:32 No comments:

Partizan is now just a month away and we are in the final throws of organisation which means organising the floorplan and trying to fit in all the amazing games that have been offered to us by all those wonderful clubs, societies and individuals.

This May we will be hosting a record number of games - 62 in total ranging in size from 6ft by 4ft gems all the way up to a massive 24ft by 6ft spectacular. There will be almost equal splits of presentation and demonstration games with some of the biggest names in the Wargaming hobby bringing games to the show.

Indeed some of those more familiar presenting demonstration games will be giving visitors the chance to take part in some really big games. So look out for Simon Miller with his English Civil War Soggy Bottom spectacular and, rather than just looking, why not get involved and win the day for Parliament! 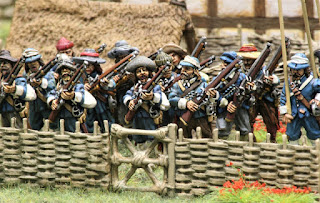 Alternatively drop by Peterborough Wargames Society who will be putting on not one but three WW1 Africa games running side by side under the banner of  The Battles for Lake Tanganika. Again there will be plenty of spaces for those who want to take part.

It's fun to participate

The move from Kelham Hall to the Newark Showground brought many improvements for the show. The most obvious of these were the vastly improved lighting which allowed games to be seen in all their undoubted glory and also the provision of a single large space for the show rather than all the small rooms at the former venue which, whilst undeniably atmospheric, made navigating the show a real trial even for the most able bodied of visitors.

But one big bonus was the provision of extra space which has allowed us to dramatically expand the number of games being presented - from a maximum of around 27 at Kelham up to close to 60 at this year's first show.

And it is not only the overall number of games that has been increased. We would be the first to recognise that the Partizans of old appealed to a very specific group of visitors who were primarily interested in seeing well presented demonstration games which then served as inspiration for their own projects. There was little room for more than a handful of participation games where people could actually take part although those who did regularly put on participation games at the shows - notably the RAF Wargames Society, the hugely innovative Wargames Developments and the much missed Blue Bears - are very much considered an integral part of the Partizan family. 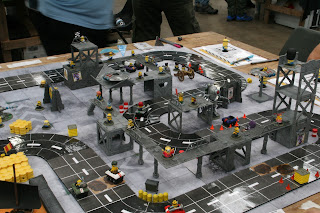 This concentration on demonstration games was often used as a rod to beat the show but we make no apologies for having chosen to take this route - all the more so when our third yearly show Fantizan ended and from its ashes grew the Hammerhead shows. Under new management they have made a great virtue and a great success out of all of their games being participation. But we always felt and continue to feel that the sorts of large scale, beautifully presented, demonstration games that we have at the shows served to both inspire existing gamers and draw new ones into the hobby. 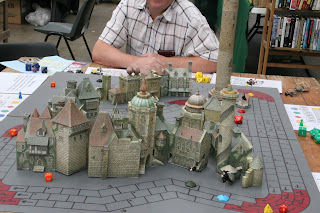 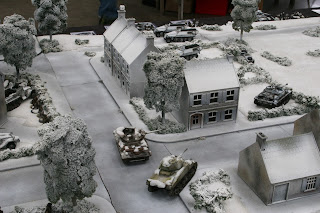 So at Partizan on May 20th their should be plenty for you to do as well as to provide inspiration.

Watch out in particular for these top five participation games.

1. Simon Miller. Normally a demonstration gamer, this time presenting a very large English Civil War Participation Game "The Battle for Soggy Bottom". You can see the development of the game on Simon's blog: http://bigredbat.blogspot.co.uk/

2. The RAF Wargaming Association. Always guaranteed to produce fabulously entertaining games, this year they are bringing us "A Brick too Far - Tank Warfare on the Bedroom Floor"

3. Wargames Developments. These guys are always looking for an unusual slant on wargames and you can be sure of a fun half hour or so in their company. At this year's show they will have "A True Soldier Gentleman - A Game of Officer Careers".

4. KB Club. Once renowned for their homemade paper wargames, now at the forefront of 3D printing their own games. They will be presenting two games at the show for you to get involved with, one a 1/144th WW2 game and the other a Sci-Fi Starship Combat game.

5. Doncaster Wargames Society. Gordon Hanson has developed a well earned reputation for putting on simple but hugely effective games such as his western gunfight game which won the Best Participation prize at Partizan a couple of years ago. This year he will be entertaining us with his "Great Emu War" game.

These are just five of the almost 30 participation games that will be available to take part in at the show.

Hope to see you there.