Well it has been just over a week since Partizan 2019 and we are already hard at work preparing for the second show which will be on 18th August. Invites should go out over the next few days and we already have the free figure crafted and cast ready to be revealed in early June.

But before we wrap up the first show we need to do the important business of announcing the lucky winner of the raffle and the winners of the awards for best Participation and Demonstration Games and the Editors' Award for Best in Show.

Without all the hard work and effort that goes into providing the more than 60 games and displays, Partizan simply would not exist. And so we like to say thanks to the gamers by drawing a free raffle at each show. Every game is put into a hat and one lucky winner gets £75 worth of vouchers to be spent with any of the traders at the show.

At Partizan 2019 the lucky winner was Phil Steele from the Northamptonshire Battlefield Society. This was particularly pleasing for us as Phil is one of the hardest working people attending and supporting our show. Not only does he bring excellent medieval games, filled with detailed histories and background information such as the Battle of Edgecote presented this year, but he also organises stands for no less than three societies - The Northamptonshire Battlefield Society, The Society of Ancients and the Nasby Project. A worthy winner indeed. 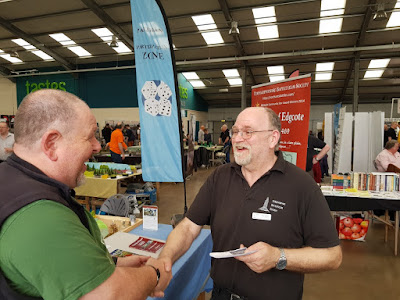 As at previous shows, for our judging panel we were very fortunate to have the services of a triumvirate of Editors; Dan Faulconbridge  of Wargames Illustrated, Guy Bowers of Wargames Soldiers and Strategy and Henry Hyde of Battlegames. Dan, Guy and Henry spent the day scouring the hall looking at all the games on offer before huddling in a corner to try and come to a joint decision. For anyone who does not know these fine gentlemen I should point out that they could all be described as 'strong willed' characters and this phase of the deliberations is rarely quick or easy. But thankfully after much discussion and no recourse to edged weapons, they arrived at their joint decisions.

The first award was for best participation game and is named in honour of Pete Gill of the RAF Wargames Association who passed away in 2016. This year we were delighted to welcome Pete's widow Jacqui to the show to present the award to the Peterborough Wargames Club for their "Men Who Would be King" game. 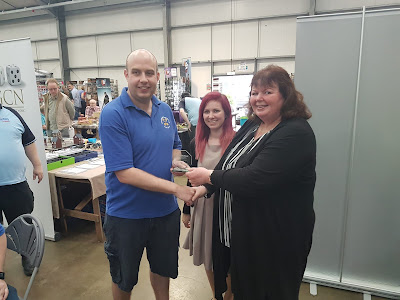 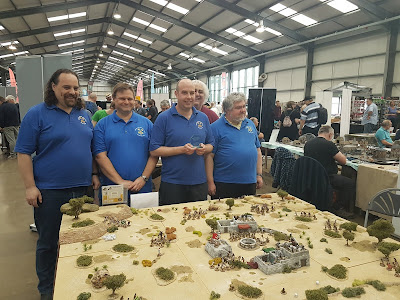 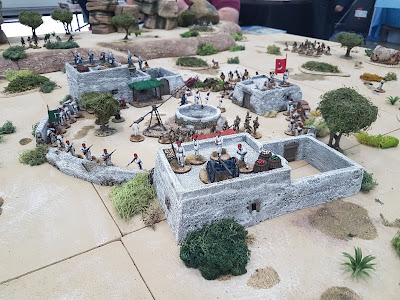 The Macfarlane Award for the best Demonstration Game went to the Old Pikey's Wargames Club for their superb rendering of the Battle of Oosterbeek during the Arnhem landings. Quite apart from its great visual impact, the game was filled with the many small details that can keep you occupied for hours. Most moving were the small 'Pegasus markers' showing the location of the actions during which some of the 5 Victoria Crosses awarded during the Arnhem operation were won. A truly inspirational game. 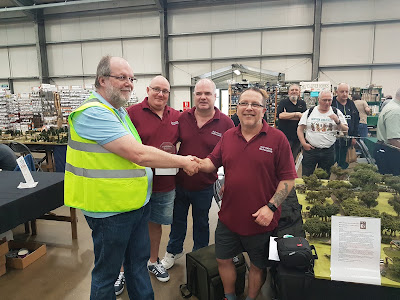 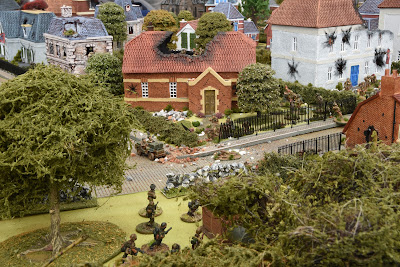 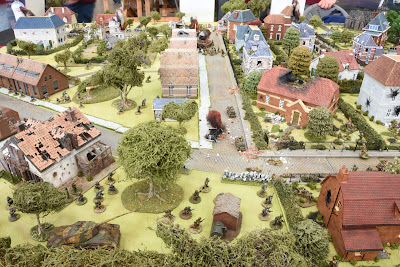 Our final award of Partizan 2019 was The Editor's Award for Best in Show. This is for the most impressive and inspirational game at the show. For the second year running this was won by those incredible chaps from the Earlswood Wargamers Club. In May 2018 they won with their magnificent Stalingrad game and this year they had an equally inspiring World War 1 Offering - 'Angriff Auf Die Abtei'. Once again the overall spectacle was matched by all the amazing little details. A couple of photos are shown below but we will try to put together a larger gallery for a future posting. 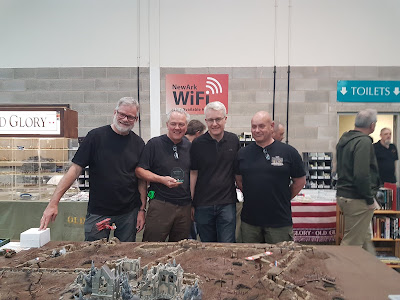 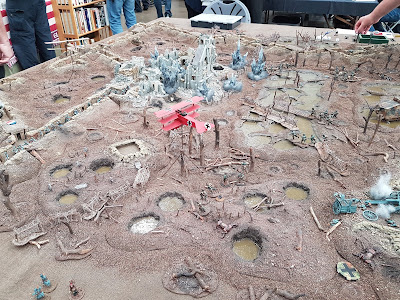 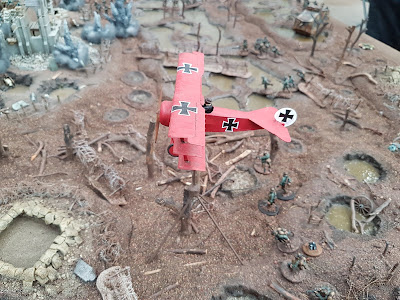 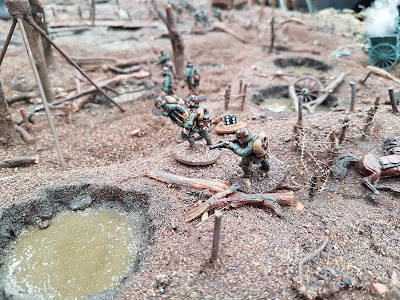 One again we would like to thank everyone who brought their wonderful games to the show, not just those who won awards. Without the efforts of all the gamers, there would be no show.

Just as a post script, big thanks also to Guy Bowers of Wargames, Soldiers and Strategy of sending me his huge collection of photographs from the show. One of the reasons Partizan succeeds is because of the kindness of those in the industry who support us year in, year out in so many different ways. Thanks Guy.