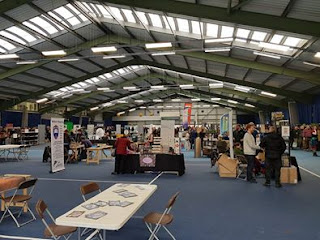 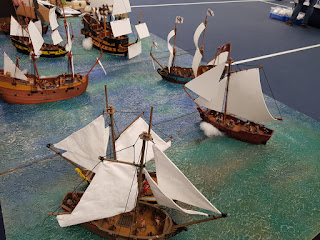 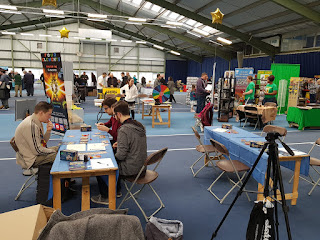 The New Year has been and gone and the last excuse for avoiding preparations for this year's shows has been blown away in the blizzards.

So we have buckled down and started sending out invites and drawing up floorplans. If you were hoping to bring a game to the first show in May and have not yet received an invite then please do let us know. If you were hoping to trade then, as always, we are very over subscribed but will do our best to fit traders in as space becomes available. Again, let us know if you are interested and we can add you to the waiting list. Finally if you represent a wargaming society and wish to promote your particular aspect of the hobby then let us know and we will try and fit you in to the History Zone where we provide stands free of charge.

Meanwhile we have been making some changes to future shows. If you put on games or trade at the show you should already have received a letter about this but, for wider consumption, we are making some permanent changes to the date of the second show of the year.

Since the Partizan show moved to the new venue we have had to compromise on the dates of the shows, particularly the second of the year, which has been pushed forward into mid-August from its traditional slot in early September. Whilst we think that everyone would agree that generally the move to the showground has been very successful, the need for the second show to move to mid-August does, we believe, impact on numbers and also makes it far more difficult to tempt games as so many people are away at that time. In addition the relatively short period of time between the first and second Partizan shows makes organisation rather difficult.

We have recently been asked by the showground to make a further date change as they have a large client who wishes to take the whole venue for a weekend. We have used this opportunity to ask for a more radical change to the date in light of the demise of the Derby World's show.

Therefore we would like to announce that, whilst this year's show dates remain unchanged from those advertised, from 2020 The Other Partizan will have a new date in early October.

Partizan: 19th May
The Other Partizan: 18th August

Partizan: 17th May (please note the letter that went out to games and traders had an incorrect date for this show)
The Other Partizan: 11th October