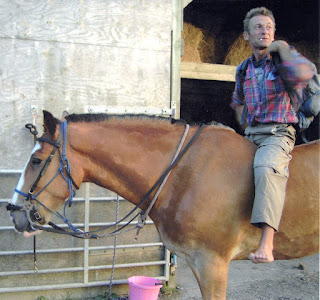 Whilst the wargaming world has quite rightly been mourning the loss of Stuart Asquith, for so long one of the leading lights of our hobby, the Partizan family are coming to terms with a far more personal loss.

For those of you who have not already heard - and apologies in that case for this being the way you now get the news - on Wednesday morning our dear old friend Jeremy Butcher, better known to us all as Klug, passed away as a result of lung cancer.

Klug was unique. By turns a bodybuilder, a landscape gardener, an ex-miner, a biker with the most amazing collection of Ducatis and Laverdas, an astronomer, a science fiction buff, a Punk, an anarchist, an anti-nuclear protestor, oft times a loner, a mountain biker, a computer buff renowned for running week long first person shooter games at his house and of course, in the context of this blog, a passionate wargamer. But most of all he was a true and loyal friend. He could be absolutely bloody infuriating at times but whenever you needed him he would be right there by your side. 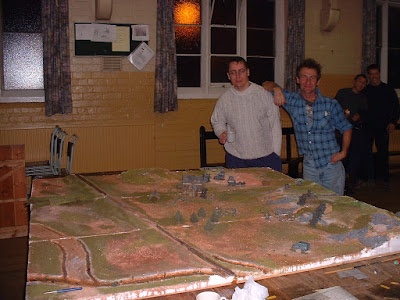 Klug was a member of the Newark Irregulars from our earliest days. He had grown up scratch building WW2 vehicles from plans in his comprehensive collection of Airfix magazines and each one was a joy to behold. He was always keen to point out that everything was 1/76th scale not 1/72nd which was simply too large for the tabletop battlefield. He developed his own set of very playable WW2 rules called Missing in Action based on the basic principle that any normal soldier, once the officers aren't looking, is going to find the nearest bit of cover and brew up a cuppa. He could drink tea like no one else I ever knew. He seemed to live on the stuff along with the ever present roll up ciggy. When it came to wargaming he was ever ready to have a game at the drop of a hat. When my wife and I got married in 1993 he snuck up beside me at the reception and let me know that he had one of his ready to play wargames complete with blanket terrain in his canvas haversack "just in case things got boring later on".

The long time venue for the Newark Irregulars when we met as a proper club was the next street over from his house at Pooh Corner and he became one of the most regular Irregulars, either running games of MIA or sat chatting with - and, to be fair, often arguing with - many of the other club members. At almost every Partizan show when we were at the old Kelham Hall venue he would be there at the end packing up tables and picking up litter, doing his bit as he saw it to make sure everything was a success. It doesn't matter anyone knowing now but he was also the man to whom we entrusted all the money at the shows. He would be wandering around with all of our cash in his pockets and we were completely certain that no one would suspect and that, if they did, they would definitely come off worse in any attempt to take it from him. Not for nothing did Klug have both the friendship and the respect of the local Hells Angels chapters. 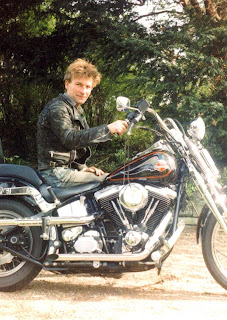 Most of all Klug was a fiercely independent spirit with a strong aversion to any form of injustice or authority. It got him into trouble more times than I care to remember and it meant he never had what most of us would consider a comfortable life. Having spent his whole adult life living on nothing much other than tea, occasional slices of cake and the ever present nicotine he was utterly bemused in his final days that the State was so keen to give him money because he was ill. He would joke that if he had known they were going to be so generous he would have got a terminal disease much sooner.

As I said Klug was unique and I think we believed he would live forever. I think he believed that a little bit as well. He was a true friend: our hobby, and the world, is a far poorer place for him no longer being in it.

I trust that wherever he is now, he is sat there with a hot, sweet cuppa, a ciggy and a book waiting for us to all turn up and join him. And hopefully later, if it gets boring, we can all have a game. 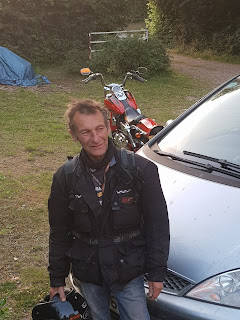